Off to Santiago de Chile

Of course, the last few days leading up to our departure were action-packed. Andre, the agent who will be looking after our business was away in Hawaii enjoying a vacation with his family, and we were covering his business. Several of his clients wanted to see properties and we negotiated a great deal closing in 3 weeks - welcome home! Andre returned on Friday. Sunday, the night before our departure 2 of our own clients wanted to write offers --- fortunately our local real estate market is not following the national news!

We arrived at the airport around the same time as Paul, who decided back in September to join us for the first couple of weeks of our trip. One day he had said' "you know, I must admit I'm a bit jealous about your trip." To which I answered, "don't be jealous, join us!" Since he didn't have a good excuse, he did! 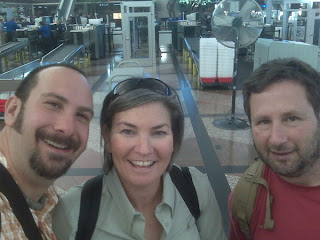 Denver airport was nearly empty so we enjoyed the fastest trip through security, ever! Our first leg was a twilight flight to Dallas. We hitched a ride through the Dallas terminals in one of those golf cart type security buggies, and after an hour layover it was time to turn off the Blackberry as it would not work in South America. No, not by binky! 10-hours later we would land in Santiago de Chile. 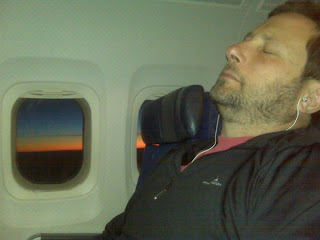 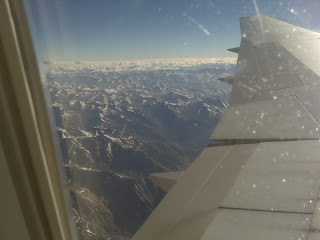 The last hour of the flight was amazing - we skimmed along the top of the Andes mountains, and although we live in the Rocky Mountains, this was an impressive site. While the flight landed early in Santiago, we were of course delayed at customs for a little while. See, as our bags went through the customs declaration X-ray machine, we realised we had a large bag of fruit and nut mix in one of our bags - a clear violation punishable by about an $80 fine. While the inspector caught it on the screen, he thought it was in a different bag. We tucked the malicious bag under others on our cart, played the dumb Americans (my specialty!), and after awhile we were free to go with our bags.
The shuttle company wanted $10/person to cram 3 of us into a crowded van. Instead, we wandered outside and negotiated a $25 flat fee for the 30-minute private taxi ride into town. As we were exiting the airport, the police stopped to check our driver's taxi license, and of course it had expired. While this was another delay, we were in no rush and used the opportunity to syncronize our GPS and SPOT devices, and update our new positions (see the locator on the right panel of this blog). The police were very friendly to us and I got to practice my spanish, but our unlucky driver would be hit with about a $600 fine. 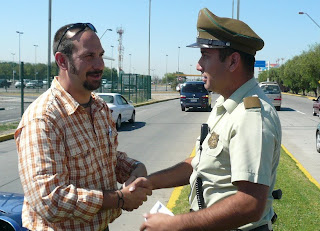 We arrived at our B&B around 11am -- http://www.casacondell.com/ -- a terrific little place in the city center, surrounded by parks and quaint streets. It feels more European here than one might imagine, so we knew we were in another place, it didn't quite "feel" like South America. OK, into travel mode I'm striving for and although $40/nt is above our normal budget, we wanted a good place to get ourselves organized. The little old lady who owns the place said we could catch the WiFi from the fancy hotel next door!, although she didn't understand what that meant. The hospedaje is also across the street from the French Embassy and down the street from the Homicide Detective's Precint. 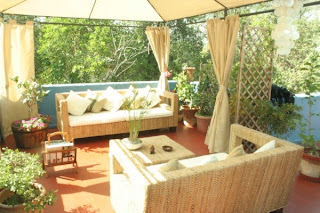 Ater a simple meal in a local lunch place, we spent the afternoon wandering around the busy streets and climbed a mountain fort/castle that over-looks the city. In the evening we headed to an eclectic part of town for a huge dinner accompanied by a couple of local refreshments. It was a good finish to the start of our trip!
Unfortunately, the bike has been delayed again for some document problems, but Lufthansa promise it will start its own journey tomorrow -- at this rate we'll be here through the weekend. Not to worry though, we'll do a tour of the local vineyards and probably hit the beaches in Vina del Mar....
Posted by Chris and Erin Ratay 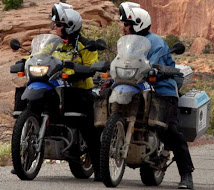